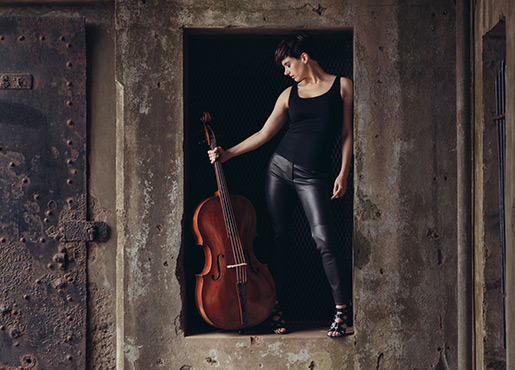 In 1736, composer Salvatore Lanzetti created a bit of a scandal when he brought the heretofore lowly and unsophisticated cello to the Concert Spirituel, France's most exclusive concert series. Other composers quickly jumped on the cello bandwagon, writing virtuoso showpieces for the instrument.

The rise of the cello as a solo instrument, however, threatened to overtake the traditional bass viol, leading one respected viol player (and lawyer) to publish a treatise decrying the cello as "...a miserable canker, wretch, and poor Devil..."

Enter Baroque cellist Juliana Soltis, whose debut album Entrez, le Diable! (Enter, the Devil!) takes us on a deep dive into the music that gave rise to the virtuoso cello in pre-Revolutionary France.