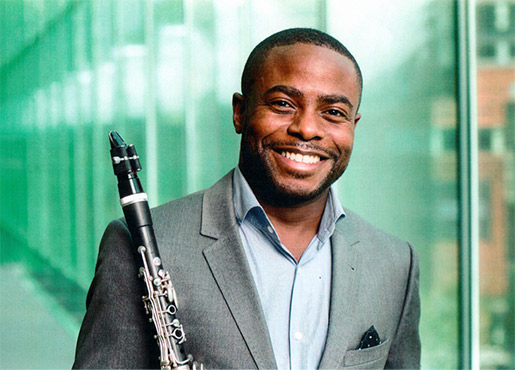 Anthony McGill (principal clarinet of the New York Philharmonic) and his brother Demarre McGill (principal flute of the Seattle Symphony) have released a new joint album entitled Winged Creatures on the Chicago-based Cedille record label. Anthony joins us to talk about growing up in Chicago, playing in the Chicago Youth Symphony Orchestra (which joins them on the disc), and to preview the music on the album, including two world premieres by Michael Abels (Winged Creatures) and Joel Puckett (Concerto Duo). Also heard are two classic pieces that have long been a part of the talented McGill brothers' repertoire, including Camille Saint-Saëns's Tarantelle – which they performed together on Mr. Roger's Neighborhood during their teen years.