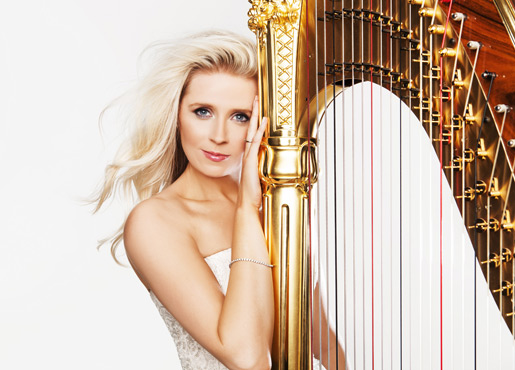 Welsh harpist Claire Jones became a household name in Britain when she performed at the wedding of the Duke and Duchess of Cambridge at Buckingham Palace in April 2011. Now she brings her formidable talents to the US in the form of Royal Harp Strings, a new album from Silva Classics released in conjunction with her 2016 American tour.