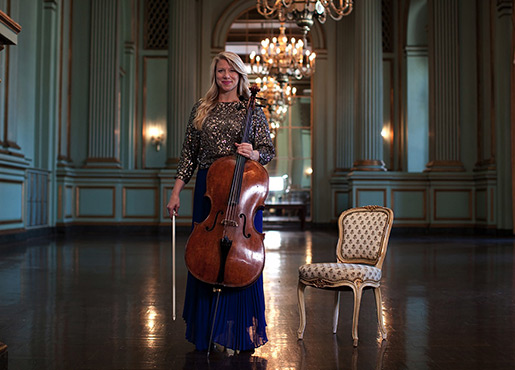 After an illustrious 20 year career, the members of the San Francisco-based Cypress String Quartet  decided to disband for good this past June. They still had one recording in the queue, however, and it's just been released on the Avie record label: The Brahms String Sextets Op.18 and Op.36, which were recorded in front of a live studio audience at Skywalker Sound. The group's cellist Jennifer Kloetzel joins us to preview that final album, which also features guest artists Barry Shiffman (viola) and Zuill Bailey (cello).