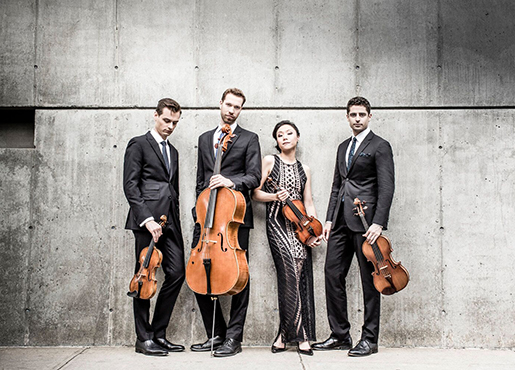 Formed at The Juilliard School in 2008, the Tesla Quartet quickly established itself as one of the most promising young ensembles in New York. Some ten years later, they've not only gained international recognition, but they've released their debut album (on Orchid Classics). The group's four members: Ross Snyder and Michelle Lie (violins), Edwin Kaplan (viola), and Serafim Smigelskiy (cello) join us for a preview of that recording, entitled Haydn, Ravel, Stravinsky.